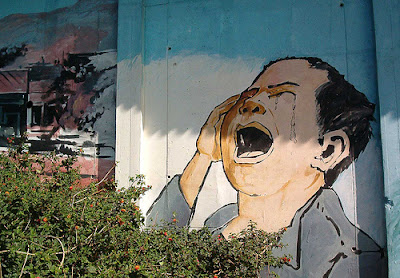 The International Herald Tribune has a recap of a traumatic week in Timor Leste, following the shooting of President José Ramos-Horta and death of rebel leader Alfredo Reinado, who was buried today. IHT reports that emergency rule has been extended another ten days. For background on Timor Leste’s political history, see our corruption timeline, part of the Global Integrity Report: Timor Leste.

While the Australian-lead security force has increased its commitment to the young nation, the soldiers can only do so much to solve what are fundamentally political problems. It is useful to remember that the rebellion of Reinado and his followers sprung from a dispute over the management of promotions and pay in the military. Armed rebel groups call to mind some fundamental ethnic or sectarian divide, but that is not the case this time. This specific conflict was sparked by failures of institutions.

On Wednesday, Parliament approved Gusmão’s request to extend the 48-hour state of emergency for another 10 days, under which an 8 p.m. curfew is imposed, unauthorized public gatherings are banned and the police are granted special additional powers.

Australia bolstered its 780-strong military deployment with an additional 140 troops and 70 police officers. East Timor’s near neighbors, Australia and Indonesia, have justifiable concerns about the stability of the six-year-old nation. Civil war in East Timor following Portugal’s abrupt de-colonization in 1975 caused a flood of refugees across the border into Indonesia and gave Indonesia the pretext to begin an invasion and a brutal 24-year occupation.

Hugh White, a former deputy secretary of the Australian Defense Department and professor of strategic studies at the Australian National University, said the international military commitment increasingly looks like it has no exit strategy.

“I don’t think additional troops will make much difference,” he said. “In the end these are not problems that the military can solve, the problems have to be solved by political negotiation, or reconfiguration of East Timor’s political structures to reflect the social realities. That process seems to be happening very slowly if at all.”