USA: Corruption in the Border Patrol 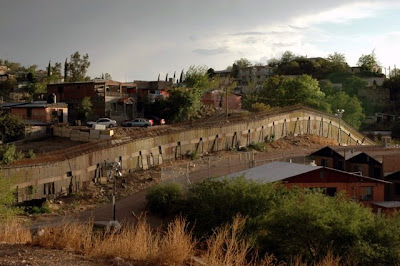 The New York Times reports on an uptick in corruption cases against U.S. border patrol agents protecting the U.S.-Mexico border. It would seem that killing the Border Patrol’s internal affairs unit was a rather bad idea.

The fact that there is corruption tied to smuggling drugs and people across the border is not a surprise (we’ve documented the U.S. drug war’s role in corruption in Mexico here). There is a certain degree of inevitability here; those leaky blockades provide tremendous economic incentives for corruption. What is harder to explain is the decision to dissolve the Customs and Border Protection internal affairs unit during the creation of the Department of Homeland Security in 2003. What did they think was going to happen? A collection of agencies — FBI, Inspectors General and others — were supposed to pick up the slack. They apparently didn’t, and now the internal affairs unit has been reinstated. (Our latest Global Integrity Report: United States highlights poor government watchdog capacity, and problems with the IGs.)

Increased corruption is linked, in part, to tougher enforcement, driving smugglers to recruit federal employees as accomplices. It has grown so worrisome that job applicants will soon be subject to lie detector tests to ensure that they are not already working for smuggling organizations. In addition, homeland security officials have reconstituted an internal affairs unit at Customs and Border Protection, one of the largest federal law enforcement agencies, overseeing both border agents and customs officers.

When the Homeland Security Department was created in 2003, the internal affairs unit was dissolved and its functions spread among other agencies. Since the unit was reborn last year, it has grown from five investigators to a projected 200 by the end of the year.