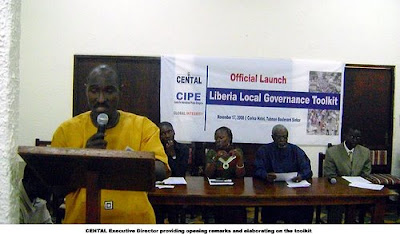 The Liberia Local Governance Toolkit creates a detailed diagnostic of county-by-country anti-corruption practices in a country struggling to become secure and prosperous. Global Integrity worked with local researchers to dig into issues of transparency and accountability — this is what we found.

The Liberia Local Governance Toolkit is a tool for understanding the strengths and weaknesses of Liberia’s governance and anti-corruption mechanisms at the county level. The Sub-National Integrity Indicators and scorecards for each county, like their national Integrity Indicators counterparts, are characterized by an innovative, award-winning research methodology; a robust peer review process; and start-to-finish transparency.

How We Did It:

All of the fieldwork involved with producing the Liberia Local Governance Toolkit was carried out by a local team of in-country experts: researchers at the Center for Transparency and Accountability in Liberia (CENTAL) who poured hundreds of hours of effort into generating a unique toolkit examining governance and corruption issues at the county level. We are grateful for their dedication and commitment. 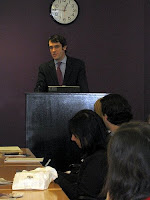 This county-level research in Liberia suggests a number of key findings, among them: that civil society organizations (CSOs) in Liberian counties are relatively vibrant and strong; that the media exhibit a strong overall performance; the near-absence of whistle blowing protections at the county level is a major gap in the anti-corruption framework; the weak implementation of safeguards to regulate conflicts of interest in the local civil service are problematic; ineffective property rights pose challenges; and that political influence over county law enforcement remains a problem.

Liberia scores particularly well in the civil society organizations (CSOs) sub-category across nearly all counties. The strength of CSOs in county-level governance complements and supports a key finding from the Global Integrity Report: 2007 3 CSOs play a critical role in curbing corruption in post-conflict societies like Liberia. Despite that vibrancy, there are only a few examples of CSO involvement in policy making at the county level in Liberia. Increased anti-corruption CSO engagement in the political and policy making process could benefit from broader reform efforts at the sub-national level.

Another bright spot is the relative vitality of the media at the county level in Liberia. Almost all Liberian counties earned a strong score in the media sub-category. Nevertheless, one of the few areas of weakness identified by the Toolkit is the difficulty in obtaining a broadcast media (TV or radio) license at a reasonable cost in the counties. This appears to be related to the high costs that are involved in traveling to Monrovia to obtain licenses, often from parts of the country that are quite remote from the capital.

There is great scoring variation across counties in the budget sub-category, which explores budget transparency and oversight. Some counties, such as Grand Bassa and Lofa, earned moderate scores, while others earned very weak scores, including Grand Cape Mount and River Gee. While the national government is required to publicly disclose the transfer of funds to sub-national governments in almost all counties, public access to the regulations and receipts of such funds, as well as to the budgetary process more broadly, varies tremendously.

Public access to information at the county level is a significant weakness in Liberia. Although there are robust laws that grant citizens the right to access government records, few counties have yet to establish the institutional mechanism through which citizens can request government records. Because of the near-absence of such an institutional mechanism, citizens in almost all counties encounter difficulty in making information requests (even in Montserrado, the county where the capital Monrovia is situated).

Whistleblowing measures to protect civil servants and private sector employees from punishment for reporting corruption and graft remain virtually non-existent across all counties. Poor whistleblower protections are a common weakness is many countries around the world at both the national and sub-national level. While Liberia is not unique in this respect, the “whistle blowing gap” is a significant weakness that will need to be addressed as part of broader governance reforms.

Joint private-public anti-corruption campaigns are also largely absent on the sub-national level in Liberia, although there are nascent joint efforts by local CSOs and the government in Montserrado to raise public awareness in the fifteen counties. While the Governance Commission and the Anti-Corruption Strategy of 2006 address corruption at the sub-national level, efforts by civil society organizations and some private sector actors to fight corruption have been fragmented. In Bomi and Montserrado counties, CENTAL is collaborating with the Governance Commission and Osiwa to educate the public about the problems of corruption at the sub-national level. So far, however, public-private partnerships to fight corruption are being implemented slowly across all counties.

All Liberian counties suffer from very weak safeguards against corruption and conflicts of interests in the civil service. Although there are several laws requiring an independent and impartial civil service as well as bribery/conflict of interest/asset disclosure regulations across the civil service, they are not effectively implemented. As the decentralization trend increases in Liberia, such civil service reforms will become even more crucial. 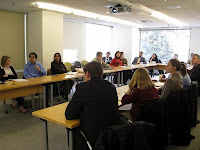 All counties earned very weak scores when it came to transparent and effectively enforced property rights. Although there is an agency that is responsible for maintaining land regulations and records at the county level, the system of tracking and updating such records is rather opaque and managed by a staff not sufficiently professionalized. Furthermore, regulations governing land zoning and development conflicts are ineffectual. While there are very strong legal measures in place to regulate the compensation of citizens forcibly displaced from their property by the government or natural disaster/conflicts, these laws are weakly enforced in most Liberian counties.

Liberia struggles to enforce the law because of political influence over and graft in the police. All counties recorded very weak scores regarding whether, in practice, law enforcement officials are protected from political influence. Several counties suffer from justice being applied inconsistently and dependent on the whims of lawmakers and judges. Often, access to justice and law enforcement remain reserved for those who can afford to pay bribes to police officers, judges, and politicians.

That said, Liberian counties generally report adequate resources, budget, and manpower to enforce the law. In counties where lack of resources was an issue, researchers reported capacity problems stemming from a lack of adequate roads and infrastructure as well as a cumbersome political bureaucracy. Because the police in Liberia do not have a dedicated sub-national budget, the central government distributes funding and resources based on need, and some counties inevitably end up lacking.

All of these findings are from the Liberia Local Governance Toolkit — read the full report for more.

More images from the release of the Toolkit.