USA: How to Spin a War 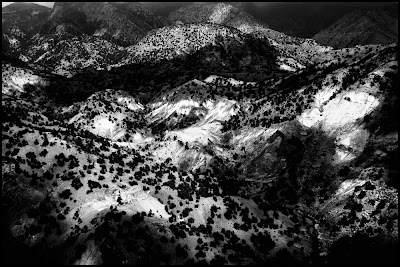 Two developments illustrate the Pentagon’s ongoing efforts to control the media conversation on war and war spending. First, the leak of the NATO “master narrative” on the war in Afghanistan details exactly how and where military commanders are instructed to shade the truth.

On the other side of the ledger, the Obama administration is requiring that Pentagon officials sign non-disclosure agreements before discussing the upcoming Pentagon budget, an expansion of Bush era secrecy rules. Wait, what?

Encrypted on a NATO server with the Orwellian but not-very-secure password “progress”, an unclassified document intended to lay out the thematic content of military messages to the media, regardless of the details of the story at hand. Whistleblowing portal Wikileaks.org posted the document, a link to the original server and the password on their website. The entire server (http://oneteam.centcom.mil) has since been taken offline.

NATO IN AFGHANISTAN
MASTER NARRATIVE AS AT 6 October 2008

This guidance document is designed to assist all those who play a part in explaining the situation in Afghanistan and the International Security Assistance Force (ISAF) mission, but especially those who deal with the media.

The document is full of pithy nuggets of military PR speak intended to keep the multinational coalition singing the same message to the media:

“Opposing Militant Forces is the correct term but is not suitable for use with the media. Depending on the audience and the group being referred to, the phrases militants/insurgents/extremists/Taleban extremists/enemies of Afghanistan may be used, see also para 36.”

“ISAF is aware of differing assessments on the number of civilian casualties from different stakeholders. We have had constructive meetings with UNAMA with an aim to reconcile differing methodologies and set up firmer basis for cooperation.

“NATO does not use body counts as a measure of success.”

“Any talk of stationing or deploying Russian military assets in Afghanistan is out of the question and has never been the subject of any considerations.”

“NOTE for PAO: Jordan has requested not to be mentioned as an ISAF member state in the public domain.”

The Master Narrative document and others encrypted under the same password are available at wikileaks.org.

And then the muzzle…

Reuters reports that US “Defense Secretary Robert Gates took the unusual step of requiring nondisclosure agreements of all senior officials who wanted to participate in the fiscal debate, including the Joint Chiefs of Staff.”

The Obama budget requests an increase in defense spending by 4 percent, a number lower than the US$581 billion forecast by the outgoing Bush administration.

By way of explanation, Reuters quotes DOD press secretary Geoff Morrell: “This is highly sensitive stuff involving programs costing tens of billions of dollars, employing hundreds of thousands of people and go to the heart of national security.”

Or as quoted in Stars and Stripes, Morrell says, “If, indeed, not all the materials that this gang is working with are marked secret, or are classified, and therefore For Official Use Only, all the more reason for a nondisclosure agreement, so that those matters cannot be discussed as well.”

What? Does that make sense to anyone?

I can almost buy the implied rational for this: the big five defense contractors (Lockheed Martin, Boeing, Raytheon, Northrop Grumman, General Dynamics) employ a lot of people, and leaks suggesting big cuts to marquee programs could send their stocks into a (bigger) tailspin. No one wants that.

On the other hand, excessive sentimentality and discretion toward the corporate titans is pretty much how the defense budget got so larded up to begin with. Back in 2004 I worked at the Center for Public Integrity reporting on defense contractors. We found that from 1998 to 2003, “the 10 biggest defense contractors all spent heavily on both campaign contributions (a combined $35.7 million) and lobbying ($414.6 million). But the return on their investment was staggering: $340 billion in contracts.”

Perhaps Secretary Gates thinks that closed door sessions will make it easier to hack away this bloat, given the industry’s pervasive reach in Washington. But it rarely, if ever, works that way; corrupting influence thrives on quiet and the inequitable control of information.

Wikileaks.org gets that. Does President Obama?