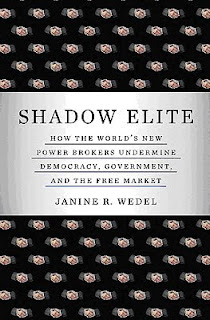 Contrary to what its name may imply, “flexians” — the subject of the anthropologist and public policy scholar Janine Wedel’s stimulating new book Shadow Elite— are not alien beings from an episode of Star Trek. Rather, they are a relatively new, distinctly terrestrial constellation of actors who are remolding the landscape of global governance. Emblematic of the new era of “flexibility,” these elite players leverage their influence and power by moving in and out of multiple roles, often beyond public scrutiny. For academics, activists, and policy makers engaged in strengthening government accountability and transparency, Wedel’s work makes for a necessary though at times sobering read.

Applying her longstanding interests in informal institutions and social networks in Central and Eastern Europe to a more global arena, Wedel examines the rise of flexians and the social networks in which they interact (i.e., “flex nets”) in the US as well as Poland and Russia. These flexians are nomadic subjects who can move nimbly between the state and private sectors – maneuvering between roles as government advisors, business consultants, “think tank” intellectuals, and TV talking heads – in order to serve their own or group’s interests at the expense of the public’s. Their emergence was made possible by a number of broader developments, including: the growth of information and communication technologies; the “reinvention” of government and the attendant rise of deregulation and neoliberalism (i.e., the devolution and privatization of state power); the end of the Cold War; and the growth of performances and re-presentations of truth (or “truthiness,” in Wedel’s term via Stephen Colbert). In their ability to personalize bureaucracy, privatize information, occupy multiple professional roles, and relax rules at the state-private nexus, flexians blur traditional boundaries between state-private, bureaucratic-market, and legal-illegal practices that ultimately undermines public accountability and market competition. 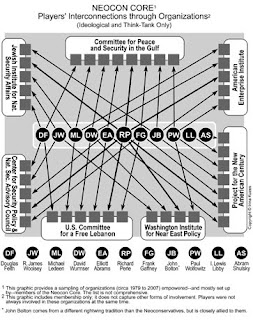 Shadow Elite carefully details the activities of these players in post-Cold War Poland and Russia as well as the privatization of and neoconservative ascendancy within the US government. In late socialist Poland, where the author first observed the workings of these operators, the mix of public and private as well as formal and informal practices enabled ordinary citizens and state officials to negotiate the constraints of a shortage economy. These same dynamics were also at play in 1990s Poland when the state was privatized – “legally” – by groups interested in serving their own interests. A similar fusion of official and private power could be seen in foreign aid targeted at Russia in the wake of socialism’s collapse. Wedel documents how key transnational actors from the Harvard Institute for International Development and the Chubais Clan bypassed traditional forms of government accountability and reshaped government outsourcing in the name of reforming the Russian economy (unfortunately, much to the country’s detriment). In the chapters that focus on the US, Wedel examines the increased outsourcing of US government functions to private entities and the influence of the neoconservatives (or “Neocons”) such as Richard Perle on American foreign policy leading up to the Iraq invasion. Indeed, she notes how despite the neoliberal rhetoric of downsizing government, the federal government has actually expanded for almost twenty years with many vital government functions contracted out to private actors working for think tanks, consulting companies, and the like. As a result, “private players are afforded fresh opportunities to make governing and policy decisions without meaningful government involvement. Whether for profit or to advance an agenda, they can privatize policy beyond the reach of traditional monitoring systems” (p. 75). The Neocons, too, personalized bureaucracy, privatized information, circumvented rules of accountability, and inhabited ambiguous professional roles to promote their foreign policy agenda in the Middle East. Despite the different country contexts, then, these flexians nevertheless share a remarkable set of behaviors that make them such adept manipulators.

Having adumbrated Wedel’s key arguments, I now wish to reflect on some of the theoretical/pragmatic implications of her critique that may be of particular interest to Global Integrity’s constituents. One of the key analytic points Wedel makes is the importance of social networks to the new system of governance. Instead of examining the production of governance power in a narrow and abstract legal-rationalistic framework, in other words, Wedel wisely puts human agency at the heart of her story. The flexians who are redrawing the boundaries between official and private power derive their group identity and authority from their shared social backgrounds, ideologies, and personal relations that enable them to link disparate yet powerful institutions together (in the case of the Neocons, think tanks, the media, and the Pentagon). In a flex group, an apostate is kept in line through immediate banishment from social membership – witness the temporary exile of Barry McCaffrey after he became critical of the conduct of the Iraq war (p. 3).

Unfortunately, conventional audits are inadequate tools to hold flexians accountable. In fact, they are part of the problem. Given the importance of network relations to this group, it should come as no surprise that accountability tends to become diffused, thereby making it difficult for current accountability systems to assess flex players. So far, flexians have demonstrated a remarkable ability to avoid the consequences of their actions because the tools to monitor and oversee them have not kept pace with changing practices. Traditional auditing tends to “break things down into observable, isolated, and often quantifiable pieces, and then scrutinizes the pieces – typically with little or no regard for the whole” (p. 197). This renders it unsuitable to the task of tracking flexians’ roving activities and their ever-shifting alliances. Instead, holding them to account requires crafting a system that is “holistic” in its approach, “one that considers all the components collectively and how they interact” (p. 201). How this system will look and operate – and to what effect – remains the task of our collective energies and creativity. For a collective response (not piecemeal responses by individuals or individual institutions) is what is necessary if such investigations are truly to have an impact.

Beyond scrutinizing standard monitoring practices, Wedel makes it clear that traditional analytic concepts such as “corruption” and “conflicts of interest” are not sufficient to grasp the operational complexities of flex nets and flex players. Their desire for power and influence (not just money) makes the corruption label difficult to stick. Moreover, the “coincidence of interests” – i.e., the dexterity with which they can move fluidly from one professional identity to the next, thereby enabling them to maximize ambiguity and deniability when necessary– cannot be easily labeled “conflicts of interest” (p. 12, 18). In many respects, then, this analysis echoes what an increasing number of people in the governance and anti-corruption communities have been urging us to do: unpack big, abstract, fuzzy concepts such as “corruption” and “conflicts of interest” in order to examine specific, concrete practices (see, for instance, A Users’ Guide to Measuring Corruption). Wedel’s research illustrates how such an approach can yield insights into “how societies work – in contrast to how they are supposed to work” (p. xi).

Wedel’s research also raises important questions about the origins of neoliberal “flex” governance and its agents. Rather than view them as a product of developments in the US or other Western centers of power, Shadow Elite traces the “inspiration” of the new system to practices already discernible in late socialist Poland. In fact, Wedel’s work implicitly suggests that to some degree contemporary US governance was profoundly shaped by experiments in Poland and Russia. The exercise of flex power by the Chubais-Harvard players in 1990s Russia, for instance, “ricocheted back to the United States” (p. 146) as seen and perfected by the Neocons. In short, Wedel complicates how center and periphery interact in the making of new forms of governance power by emphasizing its hybrid roots and the agency of actors sitting on the “margins.” What could this mean for people committed to counteracting the negative effects of neoliberal governance? It suggests that it may not be that easy: rather than originating from recognizable centers of power, neoliberalism’s rise and ever-growing influence have been generated through a distributed transnational network. And so, to attack powerful Western institutions (such as the media, Pentagon, think tanks, government bodies, and corporations) as the main promoters of the neoliberal agenda and treat those on the periphery as passive recipients would be too simple, as the sociologists Johanna Bockman and Gil Eyal (2002: 346) argue.

Finally, I wish to draw attention to an undercurrent of (productive) tension that runs through Shadow Elite. As an academic discipline, socio-cultural anthropology – Wedel’s professional background – is largely committed to making visible what has normally been glossed over, concealed, or otherwise unremarked (cf. Coles 2007: 193). And this is what Wedel sets out to do in her book by uncovering the subterranean activities of her elite informants. At the same time, however, she also remains critical of certain practices of transparency in the context of accountability systems that increasingly privilege performance and appearances of objectivity and transparency (or “truthiness”). The case of Enron is a good example of this. As she writes, “appearances are what matter. Nowadays one performs for the external evaluators, whether that be Enron’s top executives announcing amazing profits while the company is actually going down the tubes; Perle reporting his number of days on a project; or a report listing the titles and number of workshops held or performance goals met. As practiced today, ‘accountability’ encourages performance that showcases accountability, but not necessarily that is accountable” (p. 199). My point is not that Wedel is against transparency. Rather, I think that she is subtly problematizing it by suggesting transparency and accountability are embedded in power relations and therefore not necessarily objective purveyors of the truth. Indeed, as the anthropologist Kimberley Coles observes, “contrary to its claims, transparency provides neither full visibility nor full truth. Rather, transparency is partial, particular, and reliant on specialized knowledge” (Coles 2007: 192). Hence, one can be transparent and demonstrate accountability without being accountable. We must be careful not to conflate terms and concepts.

In future studies that build on this work, it would be valuable to see a more fully developed and in-depth examination of one flex group that is reconceptualizing state-private relations. Methodological challenges aside (e.g., gaining access), I believe there are significant benefits to an approach that examines the everyday micro-politics of a single group from an ethnographic standpoint, including foregrounding local particularities, political struggles, and internal conflicts and differences. In so doing, this may deepen the picture we already have by revealing these “shadow elites” to be perhaps less omnipotent and homogeneous than we thought.

Written with journalistic clarity without sacrificing theoretical and analytic rigor, Shadow Elite sheds light on a phenomenon largely hidden from the public gaze. Good scholarship, as Wedel herself notes (p. 205), seeks to understand before changing the world. In this, the book succeeds admirably.

Bockman, Johanna and Gil Eyal. 2002. “Eastern Europe as a Laboratory for Economic Knowledge: The Transnational Roots of Neoliberalism,” American Journal of Sociology vol. 108, no. 2: 310-352.