China and Vietnam: A Study in Contrasts or Similarities? 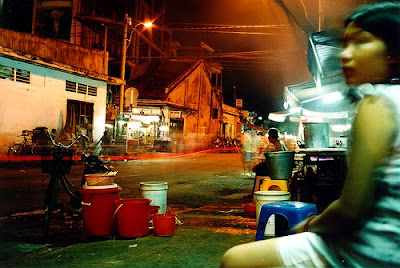 In China and Vietnam, where the separation between the ruling party and the state is almost non-existent, the Global Integrity Report: 2009 shows how “corruption” and “good governance” are more than simple labels.

Standards of living in both countries have greatly increased since their economies have opened to the free market in the past few decades, but with more wealth circling the streets, corruption pervades many aspects of daily life. Our lead journalist in Vietnam reports that paying bribes to police, nurses, and judges has become routine. He writes that “to the average Vietnamese, living with corruption is unavoidable. It’s about who you know.” The Chinese government has undertaken massive and highly-publicized efforts to fight corruption in its ranks, but doubts still remain as to whether the punishment of high-ranking officials is a genuine effort to root out corruption or is more about using anti-corruption as a political weapon. Our journalist in China reports one city government employee observing how, “There is no religion in today’s China; money is their religion.”

In 2009, China was dropped from the Grand Corruption Watch List, signaling that the country has made some progress in establishing a minimum of key anti-corruption safeguards. Countries on the Watch List have extremely poor conflicts of interest safeguards in government, weak oversight over large state-owned enterprises, and poor or non-existent controls over the flow of money into the political process, making them more susceptible to the risks of grand corruption and looting of public resources. Meanwhile, Vietnam has been added to the Watch List in part due to little to no transparency around the management and financial records of state-owned companies. China, meanwhile, has been taking small steps towards increasing the auditing standards of its SOEs.

In both countries, freedom of speech is severely stifled, and heavy restrictions are placed on media outlets, the majority of which are state-run. Reporting cases of corruption can often be dangerous in Vietnam, where bloggers have been jailed and citizens fear threats and abuses for speaking out against the government and corruption. Our data in China reveal that citizens have relatively easy access to the Anti-Corruption Bureau and “a majority of investigations by the anti-corruption agency and the judicial branch originate from citizen complaints.” This finding contrasts with the heavily publicized censorship of the Chinese media. Despite this suppression of public opinion, the Global Integrity Report: 2009 suggests that fear does not deter Chinese citizens from using institutional mechanisms to voice their concerns when those mechanisms are available to them.

You can read more by visiting the Global Integrity Report: 2009 website.