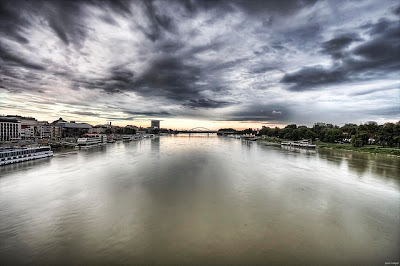 I was in Bratislava earlier this month helping to organize a Dialogue workshop to discuss and debate the results of our first-ever national assessment of the Slovak Republic.

The data and reporting we published for Slovakia in 2009 painted a mixed picture. As we reported:

Slovakia poses a conundrum. Although the former communist country is now a member of the EU and a relatively stable democracy, there are significant weaknesses in its overall anti-corruption and accountability framework that threaten to undermine Slovakia’s progress toward more open and democratic governance.

While things have changed a bit with a new reform-minded government coming to power in mid-2010, the country is still at a crossroads in many ways. Strong anti-corruption institutions exist on paper but are politically vulnerable to government pressure. Procurement reform is on the top of the agenda, but public participation in the budgeting process is weak. Everyone knows about the problems generated by illicit funding of political parties, but political leaders are unwilling to tackle the problem. The path forward for Slovakia on governance and accountability reforms is unclear.

In some ways these challenges are not unique to Slovakia; you can find them in dozens of countries around the world, both developed and less-developed. But what struck me as uniquely troubling about the discussion of these issues in Slovakia was the oft-repeated mantra of, “It’s just how we think.” The overwhelming consensus amongst both civil society and the government was that Slovaks’ brains are somehow hardwired in a way that inhibits them from imagining – and demanding – a future that is better than the present day, a future when government is more responsible and accountable to its citizens. I found this disturbing, although that sense of anxious apathy appears in various forms across much of the former Soviet Union and Warsaw Pact. Sociologists and anthropologists can provide a more cogent explanation of the phenomenon in the region; I just call it disconcerting. Regardless of the official diagnosis, what’s clear is that there is no “intervention” or “project” that can change that sort of mindset overnight. It’s a generational challenge that must be tackled by Slovaks themselves.

The Slovak Spectator has some useful English coverage of the workshop for those interested.