It’s Time to Tackle the New Frontiers of Open Government 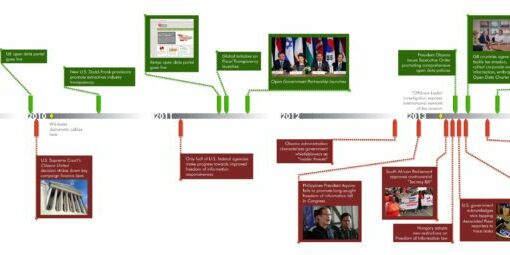 Today at 11:15 BST, Global Integrity will be leading a session at the Open Government Partnership (OGP) Summit in London on the New Frontiers of Open Government to discuss the next generation challenges for both government and civil society.

As Nathaniel Heller mentioned this past weekend in the run-up to the Summit, “OGP’s institutional design has always favored an opt-in, race-to-top approach. […]. Unfortunately, that design has also encouraged a lowest common denominator approach to open government in many countries. Politically easier reforms are embraced first through Action Plans while the tough, edgier, ‘frontier’ issues are glossed over.”

As part of today’s discussion, we will be broadcasting the following video that we produced for the Summit (kudos to Rush Powers Media for their great work on it!) that illustrates some major positive – and negative – moments in the open government space over the last four years. In some cases, while we have taken one step forward, we may also have taken one step back.

We look forward to your thoughts.

It’s Time to Tackle the New Frontiers of Open Government from Global Integrity on Vimeo.