Building in Belgrade: A Case Study in Freedom of Information Helping Open Data 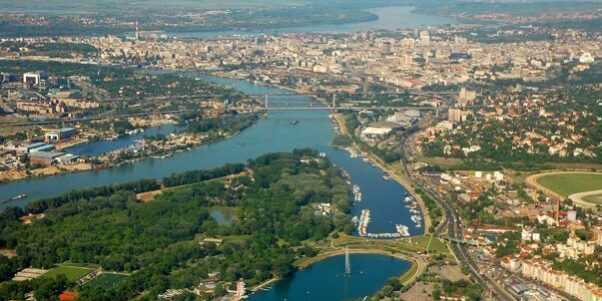 Our TESTING 1 2 3 Innovation Fund project in the capital city of Belgrade, Serbia aims to make urban planning procedures and practices more accessible to citizens via a web portal. Unsurprisingly, our project and its theory of change depend heavily on the availability of urban planning documents in electronic form. This post explores how our simple need for those digital documents has manifested itself into a textbook case of how the freedom of information and open data communities can work together to advance a common transparency and participation agenda.

The current situation in Belgrade with respect to the procedures for submitting and receiving approval for urban plans is grim. Plans must be presented in person to the City Department for Urban Planning and Construction in analog form during working hours, and citizens can only submit complaints about the plans in written form. All of this minimizes the chances for the broader public to become involved in expressing their interests and opinions around the future of their neighborhoods. It also increases the opportunity for potential acts of corruption in the urban planning process: construction companies, their investors, and senior government officials are the only ones with the skills and experience necessary to navigate this highly technical and arcane process. Opportunities for collusion are rife.

Besides urban plans themselves, which consist of graphics and text components, other extremely important documents are the minutes of the meetings of the City Planning Commission, the forum in which a draft plan is adopted and put out for public comment. Those minutes contain the ostensible rationale for pursuing the project to begin with but often hide important details about special interests backing the development project.

Asking for the Plans

Bearing all this in mind, we knew that we would have a difficult time obtaining these key documents from the respective city institutions. We expected resistance and saw two paths before us. The first was a systematic solution aimed at developing a long-term collaboration with the City Department for Urban Planning and Construction and securing their agreement to publish all of the key documents in electronic format. The other choice was more confrontational: we could send Freedom of Information Act requests demanding each individual document. Although Serbia is blessed with having the world’s best theoretical FOI law on paper, the procedure itself is time consuming in practice. The appeals process (including requesting that the Serbian RTI Commissioner intervene to compel disclosure from government bodies) can take many months, often too late to make a difference.

In our case, we first decided to send a friendly letter to the relevant city department. In the letter, we have briefly presented our project and asked for an appointment to discuss possible cooperation. After a few days of silence and a few phone calls with officials from the department (which were not promising), we received a formal written response. The content of the response letter was such that it can hardly be characterized as an actual answer, since it consisted solely of quotes from city procedures and regulations and did not contain even one sentence in any way responding to our actual questions and requests. While we had anticipated a negative response, we were surprised by the bizarre nature of the rejection.

Thus, we were forced to submit FOI requests for digital versions of the ten currently pending major urban plans in Belgrade together with the minutes of the corresponding meetings of the City Planning Commission. After three weeks of waiting we received another bizzare response arguing that we had no right to ask for these documents in electronic format because they were already publicly available in analog form. This is true, but only partially so. The reason is that only the graphical portion of the urban plans is available for public scrutiny in analog form. But the accompanying text document , which is typically up to 50 pages in length and is crucial for the understanding the true nature of the plan, is not publicly available. Nor are the minutes of the meeting of the City Planning Commission.

After receiving the latest response from the city department, we sent a complaint to the FOI Commissioner asking him to directly intervene to compel digitial disclosure of the requested information.

Meanwhile, parallel to this correspondence with the city government, a new front opened in the battle for availability of the data. The Ministry for Construction prepared and put out for public comment a draft law on urban planning and construction, which, among other things, defines a potentially updated procedure for the submission and adoption of urban plans. Unfortunately, the draft law does not foresee any significant changes to the rules governing how this information is to be published digitally. On the other hand there is some indication that, in order to adhere to the country’s overarching anti-corruption startegy, the new law must require urban plans to be publicly accessible in digital format.

We are using that ambiguity and opening to launch a mini-advocacy campaign targeting  various public officials who are responsible for finalizing the new law and ensuring its adherence to Serbia’s anti-corruption strategy. Our hope is to codify the requirement for digital disclosure of urban plans under law and avoid a prolonged FOI fight with the city government.