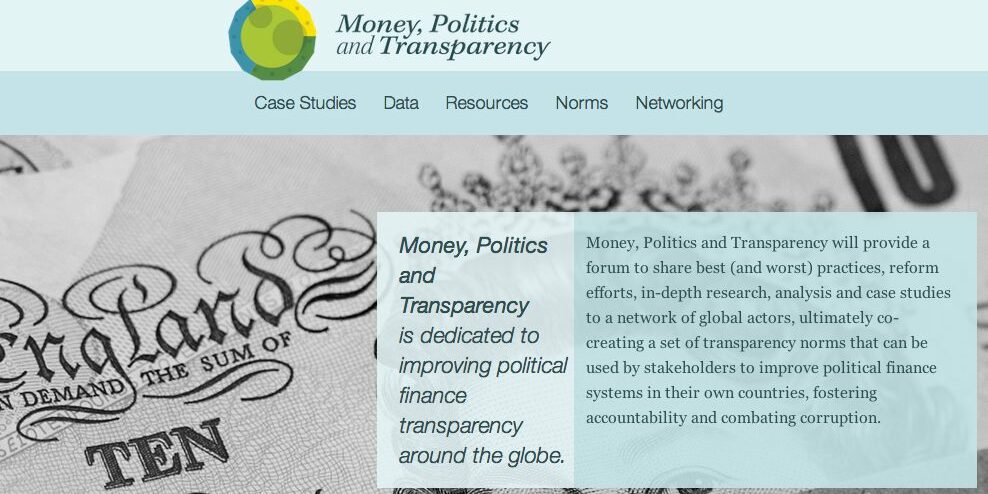 “What?!” is probably most readers’ reaction to that headline. Of course we know that money in politics transparency is a big problem. Tell us something new.

What worries me is that we say it’s a problem, but in practice very few people and organizations are working hard to crack open money in politics systems globally, and that’s indeed a very big problem. It’s also why we, with our good friends at Sunlight Foundation and the Electoral Integrity Project, just launched the Money, Politics & Transparency Project (MPT).

MPT took nearly two years to get off the ground. It was inspired out of fear: fear that in a number of developing and transitional democracies, money in politics issues were being completely left behind while exciting progress was being made on related transparency agendas, particularly budget transparency, extractives transparency, and open data. The even deeper fear: if we were to leave political financing aside and ignore it, a number of countries might end up in the morass that is the political finance universe in OECD countries (particularly the United States), where legalized corruption and elite capture (in the form of money in politics practices) have been taken to amazing and arguably irreversible heights. We saw a window to try and course correct, and that’s fundamentally what MPT is all about: putting into place the transparency safeguards to avoid a number of transitional democracies ending up with completely opaque and broken political finance systems that ultimately become ossified and impenetrable.

Money in politics matters crucially for a range of transparency and accountability work. Interested in open budgets? It’s pretty helpful to know whether off-budget accounts are being used to pay for increasingly expensive electoral campaigns. Worried about the diversion of extractives revenue away from social development programs? Knowing that oil royalties are flowing (pardon the pun) to political party coffers should concern you. Should the amount of public subsidies to political parties be made available through right to information requests, and should that information be proactively published as machine readable open data? We need to start wrestling with those questions.

These are incredibly early days, and we’re building upon some amazing work that’s been done in this area by a number of groups for decades, both internationally and domestic. But this needs to be a true group effort if we’re to make progress. Join the growing network, and let’s get serious about raising the bar when it comes to effective and transparent political finance systems globally.

The Sky isn’t the Limit — the unfortunate truth about campaign finance limits
August 10, 2016
Go to Top