Four Myths About the Data Revolution 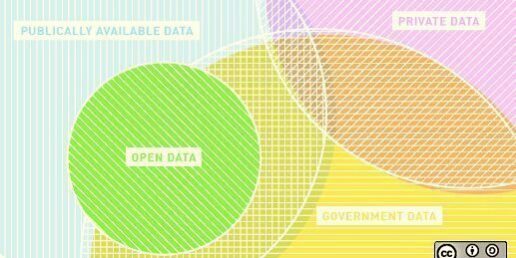 If you keep hearing about the “data revolution,” particularly as a game changer for international development, but are wondering, “uh, what exactly is the data revolution,” you’re not alone. In fact, you’re witnessing a quintessential buzz machine in action, where there’s more sizzle than actual steak. Whether at public conferences extolling the potential for the data revolution to transform development or non-public Chatham House-rules gatherings in Western capitals where donors struggle to “do something, damnit!” to accelerate the data revolution in developing countries, the hype is quickly reaching a frothy peak.

Is the data revolution real and something you should care about? Probably. Does it need to be demythologized and placed in proper context to matter? Absolutely. Here are four myths you can bust to better understand the real potential and limits of international development’s next great silver bullet.

Myth #1: The data revolution began in May 2013. I could be wrong about this, but I believe the term “data revolution” in the context of international politics and development was first coined and put into public circulation through the mid-2013 report from the High Level Panel of Eminent Persons on the post-2015 Development Agenda. Here’s the turn of phrase that helped put us all in a tizzy:

“We also call for a data revolution for sustainable development, with a new international initiative to improve the quality of statistics and information available to citizens. We should actively take advantage of new technology, crowd sourcing, and improved connectivity to empower people with information on the progress towards the targets.”

In reality, of course, the growing use and interest in “data” (defined as quantifiable information, with a normative bias towards “data” being “better” and more useful for public policy relative to other kinds of information) has been a process going back decades if not hundreds of years, frankly. Is there more machine-readable data readily available to the public and decision makers than ever before? Yes. But did that data suddenly appear in 2013? No. Truer markers for the “start” of the data revolution, in my view, would be the advent of the contemporary open data movement in the mid-2000s, or even the move towards “evidence-based” or “evidence-informed” public policy processes, which goes back decades. If you are into things like the Balanced Scorecard approach to public management or even performance-based incentive programs, you’d do well to peg the start of the data revolution much further back than 2013. The High Level Panel helped put the data revolution in the spotlight, but it didn’t invent it.

Myth #2: The data revolution is something distinct and greater than the sum of its parts. Probably not, at least not right now. The data revolution is currently a convenient and sexy bumper sticker that one can slap onto a number of ongoing or aspired-for initiatives including: open data efforts, big data efforts, crowdsourcing initiatives, creating a Global Partnership for Development Data to better track progress towards macro-level development goals, capacity building of national statistical offices, using data to inform public policy and service delivery processes, improved feedback loops between service delivery users and providers, and the list goes on. If this sounds like a big and messy tent, it is, and that might be ok. But be wary of anyone selling you “data revolution” snake oil that pretends to be something in and of itself; it’s likely not.

Myth #3: If McKinsey says data is important, it is. Count yourself lucky if you’re among the few who has not been inundated by the following two McKinsey & Company-generated statistics in the past few years: 1) the United States needs 1.5 million new data analysts to avoid the collapse of civilization, and b) the value of open data is at least US$3 trillion. There is no surer way to confirm that an idea has jumped the shark than for McKinsey to publish a white paper on it. Let’s acknowledge what these white papers really are (marketing and business development materials for a consulting firm that would like you to buy its services) and stop making these conveniently round and large figures out to be more than guesstimates.

Myth #4: The best kind of data comes from household surveys. A recurring mantra in data revolution discussions goes something like this: “If we just added a few extra questions to existing surveys of households in countries, we’d know…everything!” When done well, household and public surveys can indeed yield powerful insights. But they are just one tool in the data user’s toolbox. Other important data includes administrative and transactional data gathered by government and private service providers; “scorecard” or ratings data generated by third-party monitors such as non-governmental organizations, labor unions, and credit ratings agencies; crowd-sourced satisfaction ratings and feedback; and a growing mountain of machine-generated “data exhaust” that, when aggregated and analyzed, can point to important cross-cutting trends. Prejudicing the data revolution towards household surveys (and usually surveys carried out by national statistical agencies) serves no one well.

Have more myths to add to the list? Rip them off in the comments or on Twitter (#datamyths, @GlobalIntegrity, @integrilicious).