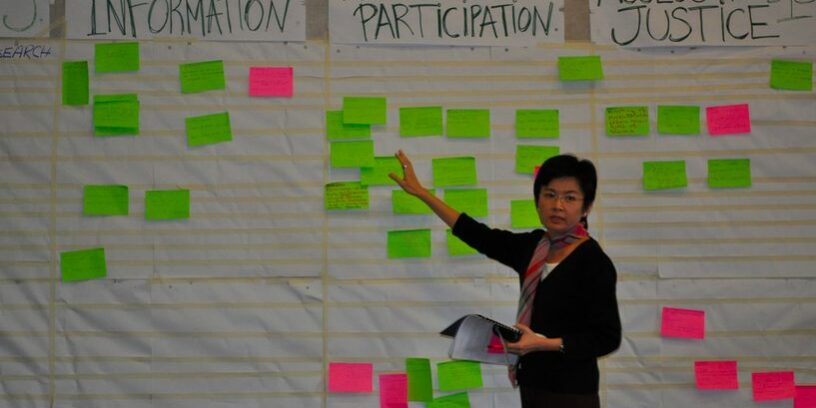 Over 20 years ago, Principle 10 of the Rio Declaration on Environment and Development proclaimed:

“Environmental issues are best handled with the participation of all concerned citizens, at the relevant level.  At the national level, each individual shall have appropriate access to information concerning the environment that is held by public authorities, including information on hazardous materials and activities in their communities, and the opportunity to participate in decision-making processes…” (UN UN Doc. A/CONF.151/26 (vol. I))

Despite the Principle 10 implementation guidelines established by the United Nations Environment Programme (UNEP) in 2010, no independent tool existed to measure the procedural rights of environmental democracy. This year, The Access Initiative (TAI) and the World Resources Institute (WRI) are launching the Environmental Democracy Index (EDI) to serve that very purpose; measuring if governments around the world are granting people in their respective countries a voice in the decisions that affect their community’s natural resources and environment.

The EDI is the first index to look at all three pillars of Principle 10: public participation, access to information and access to justice. To assess this information the EDI consists of 75 legal indicators and 24 practice indicators.  The score for each country helps benchmark how well a country’s national laws measure up to the international standard set forth by the UNEP Bali Guidelines on Principle 10, while also providing a snapshot of how effective some of these laws are in practice.

TAI is aggregating and discussing the quality of their research data through Indaba, our tool for people who want to collect and verify information online. Using Indaba allows TAI’s global network of researchers, contributors, and civil society organizations to contribute data on their country’s legal performance and laws. In 2013, TAI pilot tested EDI in 13 countries in six continents. In 2014, EDI will include information from approximately 75 countries.

TAI’s research on the implementation of environmental democracy will be open for all to use with the aim of closing legal gaps and developing proposals for reform. Designed as an open data web platform, EDI’s vision is to provide advocates, researchers, and governments with actionable data in 75 countries around the world in 2014 and hopes to expand to over 100 by 2016. The interactive platform encourages dialogue between stakeholders and supports legal evidence through stories on the ground. Through consistent, accessible, and credible evidence, EDI aims to catalyze civil society and governments to identify and address environmental democracy weaknesses within a nation’s laws and policies.

Launching in 2014, EDI will be conducted biennially in 2016, 2018, and so on, to enable the benchmarking of progress over time. Indaba is proud to serve as the platform for research and peer review of the biennial EDI, with results to be launched later this year.