A Top Performer In Need of Reform: The Curious Case of Georgia’s Political Finance System, and How to Understand the Campaign Finance Indicators 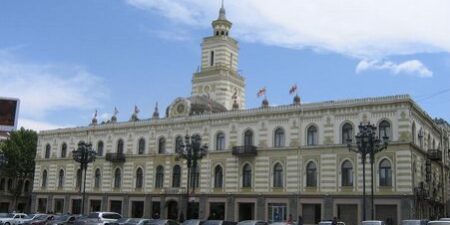 NB: This post was published as an op-ed in Netgazeti, one of Georgia’s leading newspapers, on September 21, 2015. Check out the published piece here.

Early last week, the State Audit Office (SAO) of Georgia published a press release announcing the country’s position at the top of the rankings generated from Global Integrity’s Campaign Finance Indicators. The release was picked up by Georgia’s Interpress News, and is likely to be rerun by other outlets in days to come.

The evidence from the Campaign Finance Indicators is clear: Georgia’s political finance system has many strengths, and reforms introduced since 2011 have greatly improved the regulation of money in politics.  The way in which the state distributes public funds equitably and transparently to parties and candidates is particularly notable, as are the laws on the books to regulate the political activities of non-party, non-candidate third party actors during campaigns. These are definitive accomplishments that distinguish Georgia from many of the 54 countries covered in our research. That said, a thorough review of the Campaign Finance Indicators demonstrates that, despite the current system’s merits, improvements are still possible, and even necessary to better preserve the integrity of the political finance system.

The Campaign Finance Indicators provide detailed data on the laws that are in place to regulate campaign finance at the national level, and use relevant evidence from the most recent electoral campaign in a given country to assess how, in practice, political finance regulations are enforced. Each indicator is composed of a quantitative score, an explanatory comment, and a list of references supporting the score and comment. Quantitative and aggregated scores are good signposts for users of the data, but for a deeper understanding of how political finance is regulated, both in law and in practice, it’s essential to go beyond those scores, and dig into the comments and sources provided for each indicator.

Georgia is a perfect example of how quantitative scores, though informative, can mask some features of a political finance system. It’s certainly true that Georgia, in aggregate, performs well on the indicators. As noted above, relative to many other countries, Georgia has a stringent legal framework in place to govern the role of money in politics. In practice, there’s a degree of transparency about how campaigns are financed, and the State Audit Office exercises meaningful oversight of at least some finance issues. These are impressive accomplishments.

However, the granular data contained in the explanatory comments for each indicator reveals that despite these substantial strengths, some significant flaws persist in the existing political finance system. For example, in the 2012 and 2013 campaigns, despite a law banning the use of non-financial state resources for campaign purposes, civil servants were regularly deployed for the electoral benefit of political parties. Vote buying was also a regular occurrence during these campaigns.

Data users will also notice that, in Georgia, political parties are not legally required to publicly disclose a complete and itemized account of all of their campaign expenditures. This means that, in practice, the public is unable to comprehensively monitor how politicians spend money during elections. Further, reported financial information is available only in .pdf format, limiting the ability of concerned citizens and civil society actors to easily analyze large volumes of data. For example, in order to conduct a thorough analysis of party financial information during the 2013 election, Transparency International Georgia had to manually extract data from scanned .pdf documents and insert it into excel spreadsheets.

One further area of concern deals with the equitable enforcement of existing laws. The Campaign Finance Indicators indicate that as recently as 2012 the independence of the SAO was under threat. During the parliamentary elections of 2012, the head of the SAO resigned to run as a candidate of the United National Movement. Moreover, the SAO does not have the staff or budget to rigorously monitor political finance issues in all cases.

Change is never easy, and accomplishing new reforms is sure to be a formidable challenge. Nevertheless, the implementation of a few targeted changes could give the public better insight into how campaigns are funded and conducted, thus further ingraining norms of transparency and accountability into Georgian politics.

We encourage you to thoroughly review the Georgia scorecard, paying attention to comments and sources as well as scores. Our intention is that the data – and brief summary above – help strengthen a public discussion around what can be improved. We’re happy that our data is a part of that discussion, but it’s just a starting point. Where things go from here is up to local reformers – inside and outside of government – who can take the discussion forward, charting a course to further enhance the country’s campaign finance systems. We welcome the discussion, and we are happy to continue to take part. Contact us at mpt@globalintegrity.org.

The Sky isn’t the Limit — the unfortunate truth about campaign finance limits
August 10, 2016
Go to Top