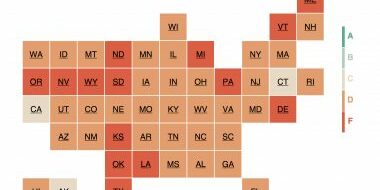 Today, we are excited to present the results of the second round of the State Integrity Investigation – a research project that compiles and assesses qualitative data on the state of transparency, accountability and anti-corruption mechanisms in all 50 US states.

We conducted a first round of the project in 2011/2012 and the project resulted in some noticeable reform efforts. We are hoping that this year’s data will bolster additional reform efforts along the same lines and encourage and support even more citizens, government champions, and civil society organizations to continue their work toward passing better legal frameworks and strengthening implementation mechanisms.

What we are asking

Over the past 12 months, Global Integrity – in collaboration with the Center for Public Integrity – has worked with 50 state-based reporters and 50 reviewers to rigorously research, source and answer integrity questions that matter:

These are just a few of the 245 questions investigated in each state. Instead of pointing the finger at individuals, we are interested in assessing the institutional landscape meant to prevent corrupt behavior. The result is a comprehensive set of explanations, providing insights into 13 areas of state governance – those that matter most for open governance: Access to Information, Campaign Finance, Electoral Oversight, Executive Accountability, Legislative Accountability, Judicial Accountability, State Budgeting Process, Civil Service Management, Procurement, Internal Auditing, Lobbying Disclosure, Ethics Enforcement, State Pension Funds. Click here to skip to the results. The dataset can be downloaded in full here.

Overall the results paint a rather bleak picture with just three states scoring above 70 points (translating into a “C” grade). 11 states obtained an “F” and therefore flunked the investigation. 36 States scored a mediocre “D” grade. While there are stark differences category by category — and we encourage all readers to do a deep-dive into the data to learn, to compare and to evaluate — the investigation shows that states have their work cut out for them.

For other thoughts on initial findings, please see Nick Kusnetz’ article. We’ll be posting blogs on select topics and issues over the next few weeks — watch this space for analysis and results. Most importantly, please let us know your thoughts. You can write us at johannes.tonn@globalintegrity.org.

A note on rankings and methodology

The State Integrity Investigation assesses the existence, effectiveness, and accessibility (i.e. citizen access) of key governance and anti-corruption mechanisms through a qualitative and indicator-based research process.

We believe that scoring and ranking states is of value since it allows readers to quickly understand what indicators may be worth comparing and where to situate – as a first approximation – the overall integrity system of a given state. However, ranking and scoring states is no end in and by itself. The real value lies in the qualitative narrative providing granular information to reformers and stakeholders interested in identifying and building out entry points for actual reform.

To compile the information used for the State Integrity Investigation, our reporters conducted well over one thousand interviews with government officials, civil society representatives, private sector experts and journalists. Journalists also used media stories, government data, independent and academic studies, and accessed laws and regulation to triangulate and corroborate their findings. Click here to read more about our methodology.