Tackling Corruption? Strengthening the Cardin Bill by thinking through its logic 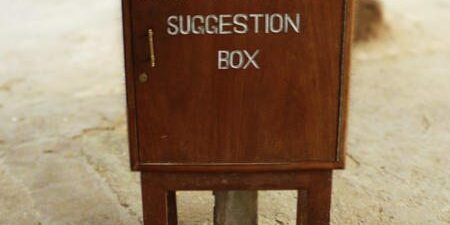 The Combating Global Corruption and Ensuring Accountability Act of 2016 (CGCEA), sponsored by Senator Ben Cardin, is ambitious and well intentioned. It aims to reduce corruption abroad and improve the transparency of US foreign assistance, both laudable goals. However, numerous critics, from Assistant Secretary of State Tom Malinowski (in a recent Senate Foreign Relations Committee meeting) to Nathaniel Heller (in this recent op-ed), have helpfully pointed out several potential issues with the draft legislation. These include:

These concerns, and the suggestions offered by Secretary Malinowski and Nathaniel for addressing them, are all right on the proverbial nose. However, if the CGCEA is to have a realistic chance of contributing to Cardin’s aims, there’s a more fundamental issue that needs addressing. The CGCEA needs to clearly lay out the why and the how of its intended goals, the mechanisms for accomplishing them, and provide a framework for regularly reviewing and examining the assumptions on which its logic is based. In short, it needs a theory of change.

A theory of change (ToC), as you’ve probably heard at this point if you’re a reader of this blog (or this one, or this one, or this one, or this one), is a tool that helps articulate and frame how and why change is expected to happen in particular contexts. The use of ToCs can support reflection and exploration of whether and how a given intervention is working, in practice. Why would the CGCEA benefit from the articulation and use of a clear ToC? Here are two reasons:

First, using a ToC would help distill the bill’s logic more clearly.  As it stands now, the links between reducing corruption and improving the transparency of foreign assistance, as well as the links between the activities set out in the proposed law and its intended impact, are exceedingly fuzzy. What would the tiering system, or anti-corruption trainings for the Department of State, be used for, exactly? And by whom? And for what purpose? And how might that help limit corruption? There might be good answers to these questions, or there might not. Building a ToC would encourage the legislation’s supporters to rigorously think through and address these questions.

Second, given the messy, political, and unpredictable nature of governance reform, a ToC would provide a framework for learning by doing ― for gradually figuring out, over time, how the US government can most effectively contribute to the fight against  corruption.

Structured learning by doing, or adaptive learning, is especially useful when dealing with complex political dynamics ― such as those that need addressing in successful anti-corruption reforms (as frequent visitors to this blog might note, adaptive learning is central to everything we do at Global Integrity). We think of adaptive learning as an iterative, cyclical four stage practice premised on: planning and implementation, monitoring, reflection, and adaptation. How might these stages apply to the CGCEA, or to other anti-corruption bills?

Let’s start by imagining that the legislation is modeled on a clear ToC that clarifies at least some of the assumptions on which it’s based and lays out a clear project logic. With this in place, legislators and implementing agencies could begin, say, by categorizing countries into tiers. As they did so, they’d gather evidence on the empirical outcomes that might emerge from the application of tiering. Having that evidence would then enable policy makers and their colleagues to engage in structured reflection. Are tiered countries becoming less corrupt? Are they working harder to stop graft? Is the methodology by which countries are ranked and categorized sound? What gaps in logic and assumptions have emerged during implementation of the law? Having explored these questions and others, legislators and implementers could then adapt the ToC underpinning the law, and, for example, change the methodology of tiering, or come up with a new method of assessing/communicating corruption, or revise the legislation’s goals. They’d then iterate on their new approach, gather more data, and repeat the process1.

In a nutshell, starting with a ToC could empower policy makers and implementers to meaningfully grapple with, learn about, and address the knotty political and power dynamics they’re likely to encounter when implementing any bill that targets complex, political issues like corruption. They could learn what works, what doesn’t, where, and why, and adapt their efforts to make them more likely to generate positive outcomes in practice.

So is it as simple as that? Would introducing a ToC resolve all of the issues with the CGCEA, or with other, likeminded bills? Well, no ― ToCs are not, and cannot be, silver bullets. Even with a flexible, adaptive theory of change, and with buy-in from the stakeholders charged with exploring that ToC through adaptive learning, implementing laws like the CGCEA, and doing so in a methodologically rigorous way that accounts for the unique political contexts of different countries, is a massively complicated, and fundamentally political, undertaking.

But implementing  the CGCEA, with a clear theory of change and an adaptive learning approach could expand the evidence base about how external actors might successfully support reduced corruption in countries ― making a valuable contribution. Indeed, a CGCEA with a ToC could help lay the groundwork for all of those interested in anti-corruption issues, from legislators to in-country reformers to CSOs like Global Integrity and multistakeholder governance initiatives like the Open Government Partnership, to gradually make incremental progress towards understanding whether and how they can contribute to governance reform.

1 An adaptive learning approach of this sort goes beyond open policy making and evidence based policy, which emphasize the importance of stakeholder engagement iteration (the former), and data collection and evaluation (the latter) in public policy programs. Adaptive learning, while sharing similarities with each of these techniques, goes even further, linking project logic to collection and use of evidence to regular, repeated cycles of reflection and adaptation.