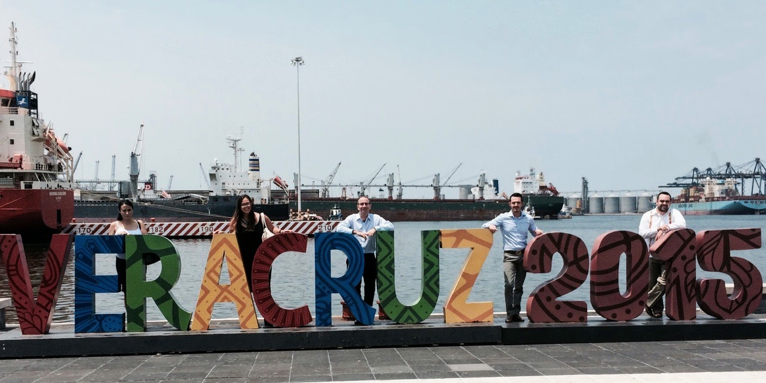 Our Program Officer at the Hewlett Foundation, David Sasaki, was tweeting recently about the Open Government Partnership (OGP), as part of the conversation spurred by this piece by Alex Howard. David, who knows Mexico very well having worked there for a number of years, was curious about how to interpret the fact that Mexican states, like Veracruz, are creating open government action plans, even though they’re not officially part of OGP, while the US – a founding member of the Partnership – has failed to produce a new national action plan (NAP) in 2019.

Veracruz, to provide some background, is part of the “Open Government: Co-creation from the local” initiative1, organized by INAI, the National Institute of Transparency, Access to Information, and Personal Data Protection (See here for a post from the 2015 kick-off of the initiative, and here for a post from a 3-years-in reflection in April 2018). David concludes that the relative success of this open government initiative in Mexico, “could be interpreted positively … or negatively,” with regard to OGP as a whole.

I think Veracruz is a positive example. But before assessing whether the experience of Veracruz has negative or positive implications for OGP as a whole, I’d suggest there’s value first in reflecting on how things have played out in Veracruz, and the factors that have contributed to the relative success of open government work there, even in a local environment riddled with corruption and impunity. From our engagement in Veracruz2 – I’d suggest that three elements are key:

One, problems drive the process. Our partners in Veracruz – at the state level audit institution ORFIS, and in the local association of public accountants, among others – didn’t decide they wanted to do an open government action plan, and then go hunting for problems to which to apply that action plan. Rather, they worked with local citizens and groups to identify some key local challenges around public service delivery, and then developed a process to address those challenges, with the action plan providing a framework for mutual commitment and accountability.

Two, learning – including learning about the distribution of power – is at the center of the Veracruz approach to problem-driven action planning. Complex problems – corruption in public works, and local infrastructure failures – don’t have simple, technocratic answers. At their heart, they are about patterns of incentives and political dynamics. So our partners in Veracruz have built regular cycles of action, reflection, and learning into their action plan process, so that they can find ways of navigating and shaping those dynamics, step by step, cycle by cycle.

Three, learning powers adaptation. When partners have reflected on how things were going, and identified emerging lessons, they have then fed those lessons into course corrections, which have helped them stay on track for effectiveness and impact.

Veracruz – despite not being part of OGP – demonstrates how effective open government work can be done, even in the absence of high-level political commitment, or official OGP accreditation: through locally-led, problem-driven cycles of action, learning, and adaptation. The open government process in Veracruz isn’t a panacea – corruption is still rampant, violence is common – but it does provide at least a sliver of light in a somewhat dark governance context.

In contrast, the US NAP process – more technocratic, fueled mostly by high-level political commitment – lacks support from the Trump administration, and is effectively moribund at the national level (though there are plenty of examples of great open government work subnationally, including in Austin – part of the OGP local program).

So what’s the lesson here? I think it’s this: those of us working to address governance challenges should focus on facilitating the emergence of more Veracruz-like examples, in which local reformers are supported in crafting solutions to the problems that they prioritize. Conversely, let’s spend less energy on securing high-level political buy-in for processes in search of problems. Or, even better, let’s make sure that international initiatives that are established to promote more open and effective governance – OGP, EITI, and others – are totally focused on supporting locally-led efforts to address locally-prioritized problems, and explicitly designed to support the learning and adaptation through which more sustainable reforms might emerge.

*Many thanks to my colleague Jorge Florez, who leads Global Integrity’s work on open government, fiscal governance and data use in Veracruz, in 4 other Mexican states, and in many other places too, Alan Hudson, our Executive Director, and our partner Ricardo Valencia from INAI for generous feedback on this piece.

1 There are lots of positive stories from this initiative – check out the examples our friends at INAI have collated here.

2 Our open government work in Mexico was supported initially by the Omidyar Network’s Governance and Citizen Engagement team (now called Luminate), and more recently by OSF’s Fiscal Governance Program. It involved close collaboration with INAI, IMCO and GESOC, as well as local partners at state and municipal levels.

Data to impact: Learning to use data to strengthen accountability
November 6, 2019

Rethinking the politics of development: New evidence to inform our evolution
September 5, 2019