Transparency: From revolution to evolution 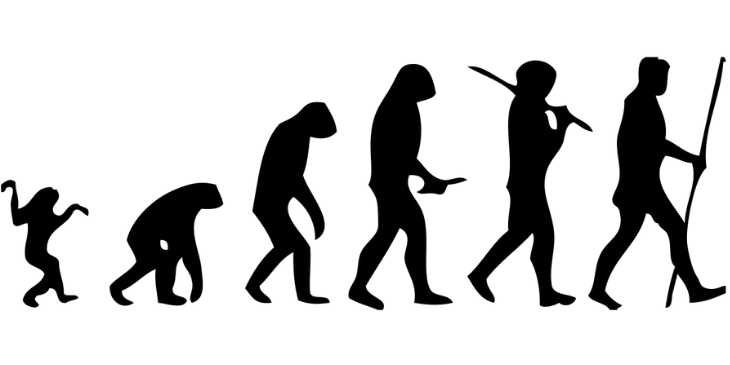 The transparency and accountability agenda has come a long way from the heady days of 6 or 7 years ago when enthusiasm, including mine, about the revolutionary potential of transparency – and data – reached its peak. At that time, the emphasis was on establishing global norms on the disclosure of information, and encouraging countries to sign up to those norms. The theory of change was that the data being made available – data about foreign aid, data about budgets, and data about extractives revenues for instance – would be used by citizens and civil society organizations to hold governments to account. This would then drive progress towards more effective governance and better development outcomes.

Over time, important questions began to emerge about whether and under what circumstances transparency would actually lead to accountability and better development outcomes, what preconditions might be necessary for progress to be made, and what obstacles might hinder progress along this path (see for instance Tiago Peixoto, 2012; Tom Carothers and Saskia Brechenmacher, 2014; Stephen Kosack and Archon Fung, 2014; and, more recently, John Gaventa, 2019). Such questions and concerns steadily nudged the evolution of the agenda towards one which gives greater emphasis to not just making data available, but also to thinking carefully about the quality of the data, and, most importantly, who might use the data, in what ways, and to what end.

This has been a hugely important step forward, and has been accompanied by increased, albeit patchy, recognition of: the value of starting with particular service delivery or sectoral challenges (see, for instance “Governance and Sector Outcomes” by Derick W Brinkerhoff and Anna Maria Wetterberg), rather than data and data-related tools; and, of the fact that political economy dynamics – the patterns of winners and losers from potential governance reform – play a major role in determining whether policy commitments are effectively implemented. Data, in this version of the agenda, may support progress to more effective governance, but only when users are able to deploy data in ways that help to shift the political dynamics of the systems that hold problems in place.

At Global Integrity, we’ve been pleased to play our part in the evolution of the transparency and accountability agenda. Our work focuses on exploring whether and how open processes of governance can support the cycles of locally-led innovation, learning and adaptation that are needed to address complex governance-related challenges, with support for the use of data a central strand of our efforts. This has included our support for Mexican partners’ efforts to use data to follow the money, for instance in Durango, and our ongoing work with the Transparency and Accountability Initiative on the use of data to tackle corruption in Nigeria and Colombia.

We’ve also taken the opportunity to engage with key actors including the World Bank, DFID, the Open Society Foundations, the International Budget Partnership (see also Tom Carothers and Saskia Brechenmacher, 2018, on “revisiting the foundational assumptions of fiscal transparency and accountability work”), the Open Contracting Partnership and the Open Data Charter as regards their approaches to tackling governance-related challenges, and the ways in which transparency might help.

The increased attention given to problems, users and use is very much a step in the right direction. And the wider acknowledgement that governance-related challenges are about power and politics is very welcome. However, important questions continue to be raised about the value of transparency and open governance, and their purchase on what are fundamentally questions of power and politics (see for instance, David Booth’s valedictory lecture from 2018). These are questions which merit serious consideration from champions of transparency and open governance. The core question is perhaps whether and how transparency, participation and accountability might support the emergence of effective, feasible and context-sensitive approaches to governance reform?

Questions of this sort are being given careful consideration in a variety of fora. In the extractives sector, for instance, these questions are live issues: in the work that the Brookings Institution, the Natural Resource Governance Institute, and Results for development are leading on “Leveraging transparency to reduce corruption”; in the International Finance Corporation’s work on “from disclosure to development”; in the increased attention being given to the use of data by the Extractive Industries Transparency Initiative, the Executive Session on the Politics of Extractive Industries, and others; as well as in various initiatives to harness the power and potential of open data to tackle corruption (see also our chapter on open data, accountability and anti-corruption, penned by Jorge Florez and Johannes Tonn, for the forthcoming State of Open Data Report).

However, peering towards the horizon, and beyond the confines of an agenda that starts with transparency, we see a new frontier coming into focus. This frontier can be seen, in different ways, in the work of Lant Pritchett and colleagues on Deals and Development, and in the work of Mushtaq Khan and colleagues at the SOAS Anti-Corruption Evidence Research Consortium (SOAS-ACE), the sister programme to the Global Integrity Anti-Corruption Evidence Programme.

For instance, a project in Bangladesh funded via SOAS-ACE explores whether it might be possible to leverage transparency about the quality and pricing of identical formulations provided by different companies, to get the support of a second tier of pharmaceutical companies for changes to the ways in which pharmaceuticals are priced, and to address the issue of big players offering illegal incentives to doctors to prescribe more expensive drugs. Involving participants from the pharmaceutical sectors seeks to make reform politically feasible.

In this sort of example, one does not start with transparency and data; instead, changes to the informational environment are considered as one way of working with incentives in order to shift the prevailing power dynamics and thereby address the governance-related challenges around a particular problem or challenge. This, we feel, is a hugely important step forward. It’s an approach that starts with problems, pays attention to the power dynamics in particular places, works actively to identify politically feasible reforms, and then and only then considers whether changes to the informational environment brought about by increased transparency might help to create coalitions for reform that can shift the dynamics that would otherwise hold problems in place.

Such an approach would put political economy dynamics and patterns of incentives – the things that drive governance-related challenges – at the center of analysis and action. The key question then would be whether and how cycles of politically-engaged learning, focused around particular sectoral problems, and strengthened by a richer informational environment, can support the identification of ways forward that have the potential to win the support of at least some of the powerful players, provide opportunities for new players, and thereby build a winning coalition for reform.

Working out what this sort of approach might look like in practice won’t be easy; starting with complex problems is harder than starting with data, tools, or illusory blueprint solutions. Beyond the mainstream of the transparency and accountability agenda, progress is being made, in different ways, including through the work of SOAS-ACE, the problem-focused work of the Building State Capability team at Harvard University, the pioneering work of Yuen Yuen Ang on How China Escaped the Poverty Trap, the approach to supporting reform taken by the Tony Blair Institute for Global Change, and through the efforts of Global Integrity and other organizations building bridges between open government and adaptive development.

Taking this next step – starting with problems, engaging with political economy dynamics, taking incentives seriously, and considering whether and how a richer informational environment can support the emergence of winning coalitions for reform – has the potential to transform not only the transparency and accountability agenda, but the wider anti-corruption and governance agendas. We’re excited to be part of this evolution and look forward to exploring the potential of transparency and open governance to shift the incentives and political dynamics that hold particular sectoral and service delivery challenges in place.