Outside/ In: Media is the Medium of Human Understanding — Let’s Use it to Unite Us 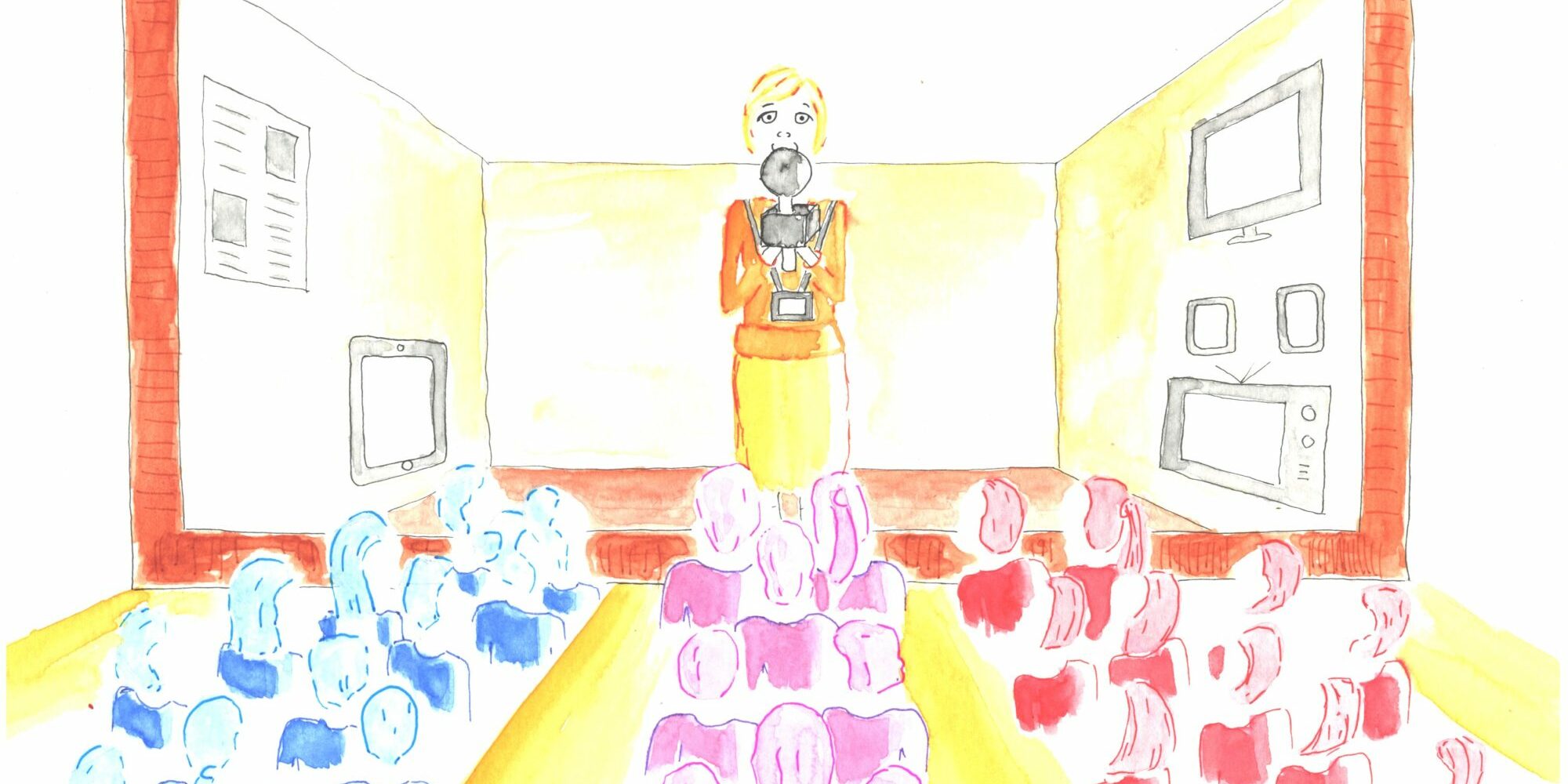 There is a certain duality to journalism. It can build trust or polarize us. It can provide more information or convince us of lies. What can the U.S. learn from journalist organizations working globally before the 2020 elections? And what international democracy and media lessons apply to the American political context?

Protecting the freedom of expression in preparation for the elections is something that is often overlooked in the U.S. context, but we can take lessons from Latin America. “We have witnessed this in Venezuela, where Chavez first and Maduro later banished all independent newspapers,” recounts Dagmar Thiel of Fundamedios, or in Nicaragua “where the Ortega regime has been responsible for systemic prosecution of journalists,” as well as Honduras where seven journalists have been killed this year due to the political environment there.

Violence against journalists is common in Latin America — but Thiel warned that polarized countries, such as the U.S., are very dangerous for journalists because it’s fertile ground for conflict and violence. Fundamedios plays an activist role on both continents to protect the fundamental democratic freedoms of expression and the press. The stakes are high to shield those rights and protect journalists who are doing their jobs during the 2020 elections. The examples from Latin America — as well as other countries highlighted during the Q&A, such as Turkey and Bahrain — are teaching us to be very cautious about ensuring the independence of the media as we enter this contentious period. Otherwise, we are stepping into an environment ripe for violence against journalists, undermining the basic tenants of a functional democracy. This dangerous trend is already here, as exemplified by the attacks and arrests of American journalists covering the Black Lives Matter protests.

“Clicky and sticky” and factual stories are not mutually exclusive.

We need to combat mis/disinformation with better journalism. “Our brains are wired for stories,” Whittle underscored. Using her phrase, “clicky and sticky” headlines compete for our attention but do not have to represent cheap, untrue, or unresearched news. That’s what Front Page Live set out to do, showcasing that in-depth journalism and catchy headlines are not mutually exclusive, while keeping in mind the reality of our own biases. The mayhem of daily life sometimes causes people to lose the ability to focus and are looking for quick stories told well. By focusing journalistic energy in re-engaging audiences in cogent pre-election discourse, the media can act as a force for public good.

Journalists have a responsibility to present factual information in compelling ways. Unfortunately, both sides of the aisle in the United States are guilty of poor reporting, which can actually exacerbate mistrust. As Stacy points out, we all need to “tell better, fact-based stories” because the right-wing political outlets  often write stories without enough facts, while the left is guilty of covering “facts without the feelings”. News stories need relatable context. In this election season, the fight against propaganda machines like Breitbart relies on digital education and journalism that is more human and can be more easily understood by people. This is a universal problem, not just in the United States, but around the world, often fires up deeper polarization during elections.

Media is a target of public mistrust as well as a source of trust.

“Media plays a role in people trusting each other and distrusting each other,” Simmonds noted. The media tends to focus on negative narratives. “When something productive is happening, we don’t put such a strong lens on it,” he points out. Mikhael gave a very powerful example: The World Bank has reported that this is the first time in 20 years that global extreme poverty has increased, but “you would never think that from watching the news you consume”, and despite some limitations and room for improvement, it took a pandemic for [this progress] to stop,” he said. To uncover such facts worldwide, Mikhael stressed that journalists need to take “that same energy, that same investigative power” to really get the evidence right about how we are responding to problems — not merely describing the issues while failing to provide workable solutions. Elections are no different, especially since they bring a lot of unsolved social issues to the forefront.

We need to recognize that it’s not all bad news. “Elections and democracy are actually getting better,” Mikhael said, reminding us that mail-in ballots are nothing new and that census participation in low-income areas has gone up. Often this news does not register because we are so used to painting a bleak picture of the government, which does not help with combatting political polarization.

Media can be a helpful force instead of a harmful force.

Writing engaging stories with accuracy sometimes requires journalists to purposely “complicate the narrative” in order to actually understand it from all sides. This is what Solutions Journalism Network is training writers to do in order to cover the story from multiple angles and break down the issues to truly understand them. The purpose is simply “rigorous reporting about systemic responses to social issues” as he explains. Such authenticity helps us build mutual trust and, in turn, social cohesion.

“Apathy is a really huge problem,” Simmonds pointed out. We often do not relate to each other or do not see ourselves reflected in the news stories. The headlines and the imagery presented are key elements to reaching audiences effectively. Likewise, public attitudes matter. Mikhael pointed to two international examples from which the U.S. could learn: Estonia, which has fought against Russian election interference, as well as Finland, where public education includes news literacy that gives children the tools to tackle disinformation early on.

What can we do to become better-informed citizens? Investing in local media is one good solution, which is reportedly low in the U.S. as compared to comparable countries like Canada. While effective journalism is not solely determined by funding, it does matter for its sustainability and to inform people about the issues and resources in their own communities. While mass media provides nation-wide information, local media has been a key source of diversified information and critical in informing citizens of resources in their area. But it’s disappearing — news deserts go hand in hand with violence against journalists and can become an even more pressing concern. Journalists still have to prepare themselves — and prepare the public — during this contentious election season for what might happen on and after November 3rd when Americans head to the polls.

Hopefully, we can weave our social fabric back together with solution-focused journalism that is grounded in facts but also uses multiple lenses to capture the complexity of the human experience. This can help in minimizing the polarization factors that drive our voting choices.

In case you missed the event, here is the full video. If you only have three minutes, check out the insightful promo snapshots from our speakers. And join us for the next two events!

Here’s what’s next – tune in live on Thursdays:

This event series is building on our previous 2-year program with the Sunlight Foundation: Defending Democracy and is tied to Global Integrity’s ongoing Outside/In initiative, which brings international perspectives on governance challenges in the United States.