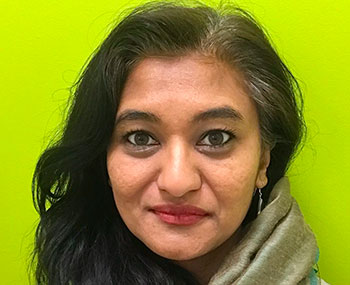 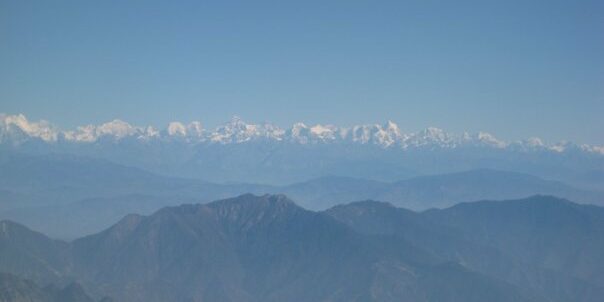 Ambika: Welcome to our second podcast for the Global Integrity series, Outside/In. Today I’ll be speaking to Smriti Lakhey, the Director of Operations and Programs at Global Integrity, and also my fellow mom of two at work.

She was born and raised in Nepal before making her journey to the States, where she has worked at various international development organizations with a focus on social justice and inclusivity. She has previously worked in Africa and Asia with government agencies and civil society organizations on livelihood and education issues. Under USAID Partnership for Local Development Project, she piloted a process to facilitate inclusive dialogue and feedback among civil society organizations, government officials, and political groups in Southern Nepal to improve service delivery on the local level. Welcome Smriti!

Smriti: Ambika, it’s great to be here talking to you about political systems and issues in two countries that are very close to my heart, Nepal the country I was born in, and the United States where we live and am raising my children.

Ambika: I’m speaking with you days before the U.S. election and many of our listeners will be hearing this the day before election day. As someone who grew up in Nepal, how do you understand the importance of voting in elections historically, to an emerging democracy like Nepal?

Smriti: Well my first political awakening came in the early 1990’s, when there was a political movement in Nepal to bring about democracy. I think I was about 11 or 12 and I knew that something really important was happening when we witnessed masses of people on the streets of Kathmandu valley chanting Loktantra Zindabad, which is saying, we want democracy. I remember my parents who were medical doctors discussing if they should go out on the street as well. I was so proud of them when they put on their white coats and joined the fellow protestors.

After months of demonstrations, actually years of demonstrations, when celebrations broke out after Nepal was declared a democratic country, I knew that was a historic moment. Very soon after, maybe a couple of years after the elections, people felt like their voices were not represented. Their issues of concern were not what the politicians were discussing and addressing.

Ambika: I feel that people get very excited about voting and then very disappointed in what actually happens after their vote and often this ends up with very deep polarization. Why do you think that happened in that particular moment?

Smriti: The two main political parties, the Nepali Congress and the Communist Party, they were kind of run like a few people holding the power. Meanwhile, the citizens felt like they had no control over the influence they could have, which led to the launching of the Maoist movement in 1994. This started from rural areas where people picked up the gun, and they wanted their voices heard, they wanted their issues to be paid attention to and they went down this alternate path.

Ambika: That really resonates with me. I feel like right now, this year with all the police killings, the violence, the protests, the Black Lives Matter movement, everything that has happened has really culminated in us having such an early voting season. I think there’s about 80 million ballots already cast and it’s only the Friday before election day. I’m curious, how did the situation actually evolve in Nepal and how have things changed since people have demanded their voice being heard? When the Maoists actually picked up their guns and actually started trying to ask for representation, where have things gone from there and what do you think that means about any hopefulness for the U.S.?

Smriti: First of all, I want to acknowledge that I never thought I would ever be comparing Nepal and the outcomes in Nepal and the U.S. because it seemed like the U.S. was so ahead in its political systems and has such a strong democracy, so it’s kind of interesting to try to draw insights from the problems of the U.S. What the Nepalese government did was try to squash the movement through police and later through army. That led to the really bloody outcome of 10,000 Nepalese dying and the civil war lasting ten years.

That’s not the path, but after ten years of struggle, what did end up happening was that the Maoists joined mainstream politics. They ran in the election and now they sit in the Parliament as one of the parties. It was it was a forceful way of getting people’s voices heard and I think the process could have been facilitated a lot more intentionally so that we didn’t have to lose all these lives for this group of people to be represented. 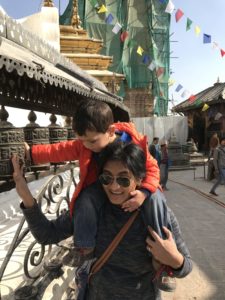 Ambika: Do you feel like we’re going down that process now? Are you seeing warning signs for us and what would those warning signs be?

Smriti: People have lost faith in the political process in the U.S. I’m afraid to leave the United States right now because I don’t know what the government is going to do tomorrow. I’m afraid to go visit my parents in Nepal because I’m not sure if I’ll be able to come back to be with my children and my husband who are in the United States. The warning signs I think is the loss of confidence in the institutions and the rule of law, and when that happens, people try to go down these alternative paths which sometimes turn violent- and we have seen violence on the streets of the United States.

Ambika: I just wanted to end on one note which is, for those voting and for those who choose not to vote this year because of their fears and in feeling very powerless in this situation, especially with all of the violence and protests, what would be the words you might leave them with?

Smriti: I mean I think we all need to do our part. Just like how my parents went out on the street decades ago to participate in the political process and give whatever they could. I think now in this election, everybody has to do their part to go out to vote, get their voices heard to vote, to go out and volunteer to help other people vote, and really try to create space in our communities and our work, for dialogue where we can discuss diverse issues from diverse perspectives. I think when we stop doing that, is when polarization happens, and people just feel desperate and hopeless. I think if everybody takes action right now, goes out to vote get their voices heard, and reach out to the communities I feel like maybe there’s hope.

Ambika: Thank you Smriti, I’m glad to be ending on a note of hope before a very intense week where we may not actually find out who is the next President for a few several days afterwards. I appreciate the solace you’re providing our listeners today. Thank you for joining us.

Smriti: You’re welcome. It was great to be here, thank you for the conversation.